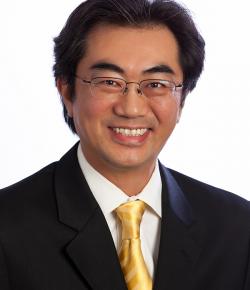 Dr. Taguchi grew up in Yokohama, Japan and attended Yokohama City University School of Medicine where he graduated in 1991. After medical school, he completed a residency in Obstetrics and Gynecology at Yokohama City University Hospital. In 1994, Dr. Taguchi entered a Ph.D. program in Endocrinology at Yokohama City University Graduate School. Dr. Taguchi moved to Arkansas in 1995 where he became a Research Fellow with Dr. Stavros Manolagas, Director of the Center for Osteoporosis and Metabolic Bone Diseases at the University of Arkansas for Medical Sciences (UAMS). Dr. Manolagas is a world-renowned Endocrinologist in Osteoporosis research. Dr. Taguchi subsequently published his research findings in leading medical journals around the world and completed his Ph.D. in 1998. Thereafter, he joined the residency program at UAMS, specializing in Obstetrics and Gynecology and was named Chief Resident during his 4th year in the program.

Dr. Taguchi has been proudly serving the Stillwater Community since 2004. His distinguished career in Academic research adds a profound perspective to his management of patients.