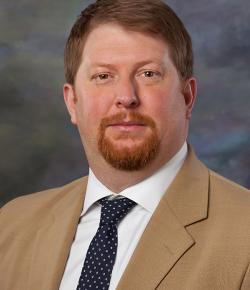 Ted Kaspar studied Osteopathic Medicine in Tulsa at Oklahoma State University-Center for Health Sciences and completed his residency in Denver, Colorado, specializing in Family Medicine. He’s been with SMC for 2 years, after working in Ponca City for 10 years. Ted grew up on a farm/ranch in Northern Kay County and went to high school in Blackwell. He has always enjoyed problem solving and fixing things, so when it was time to declare a major at OSU, he chose premed because it was the hardest avenue and no other subjects captured his interest as much as medicine. He decided to work as a hospitalist because he feels that he has more time to get to know his patients than in a clinic setting, and he has a better opportunity to diagnose their ailment and make an impact on the person's wellbeing.