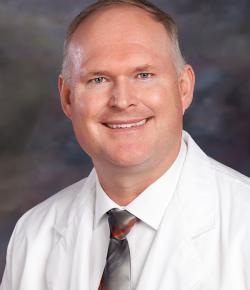 Ken worked for 8 years as a Medic for the US Air Force/190th Air Refueling Wing, Kansas Air National Guard and was activated and mobilized for Operation Desert Shield/Storm.  After his return, he completed his BSN degree at Washburn University, Topeka, Kansas, and continued to serve in the US Air Force Nurse Corps/Kansas Air Nat’l Guard as an Intensive Care Nurse and Officer In Charge of Immunization services, while also working as a Surgical Staff Nurse and later a Critical Care Nurse for Stormont-Vail Hospital in Topeka, Kansas.

After 2 years as an ICU/CCU Nurse, he was recruited and transferred to the US Army Reserves and Army Nurse Corps for sponsorship/training degree in Master’s of Science in Nurse Anesthesia.  After his MSNA degree completion, he worked fourteen years at St Francis Health Center, Topeka, Kansas, as a Certified Registered Nurse Anesthetist (CRNA).  During those fourteen years completed multiple deployments as a CRNA in the US Army/Army Reserves and retired at the rank of Major in 2011.

Ken joined the Stillwater Medical Center family at the beginning of 2017. He and his wife, Bridgett, have 3 children.