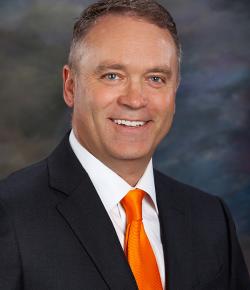 Dr. Evans attended Southwestern Oklahoma State University for his undergraduate degree. Then proceeded on to Oklahoma State University College of Osteopathic Medicine where he received his Doctoral Degree in Osteopathic Medicine and Surgery.  In 1992 he received the honor of outstanding second year medical student which is one of his many academic honors during medical school and residency.

Dr. Evans began his career by being the Chief Resident of the University of Oklahoma Garfield County Medical Society residency program in 1996-1997. He established a private practice in Woodward starting in 1998. During 2001 he served as Chief of staff of the local hospital.  After eleven years of practice, in June 2008, Dr.  Evans moved his practice to Stillwater, Oklahoma and joined the team at Stillwater Family Care.