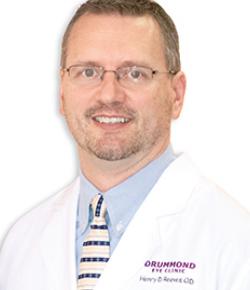 Dr. Henry Reeves grew up in the Oklahoma panhandle. He graduated from OSU in 1989, then attended Northeastern State University in Tahlequah earning his Doctor of Optometry (OD) degree(1993).  He spent several years practicing in Garden City, Kansas & Norman, Oklahoma before he joined the Clinic in 2000.  He resides in Stillwater with his wife and three children and is active in Countryside Baptist Church.