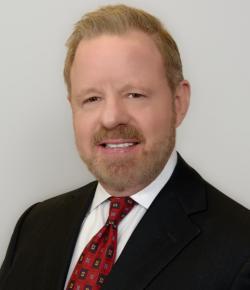 Gary Hills, DO was practically born a doctor— a career in medicine is in his blood: his father, uncle, and brother are all doctors. Growing up, he watched his father develop close relationships with his patients, making house calls to care for the sick, deliver babies and assist in surgeries. Today, his son is a physician as well.

His specific areas of interest in the GI field include Barrett’s esophagus, colon cancer prevention and liver/biliary diseases. He studied hepatology (the treatment of liver/biliary diseases) in London, where he trained under Dame Sheila Sherlock, who was known as the world’s foremost liver doctor.

Over his career in gastroenterology, the development of a cure for hepatitis C has made the most significant impact on his practice. Previously, hepatitis C patients had to spend a year taking a treatment that made patients sick and was minimally effective. Now, for virtually every genotype, there are a number of successful treatment options. He also notes colon cancer prevention and detection as important modalities. In the past, people weren’t diagnosed with colon cancer until they were in the late stages of the disease. The advent of screening colonoscopies, allows physicians the opportunity to diagnose colon cancer in the early stages, and deliver more successful treatment plans.